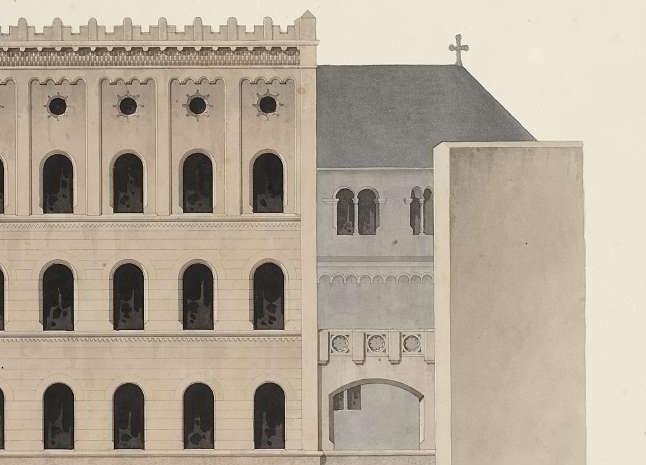 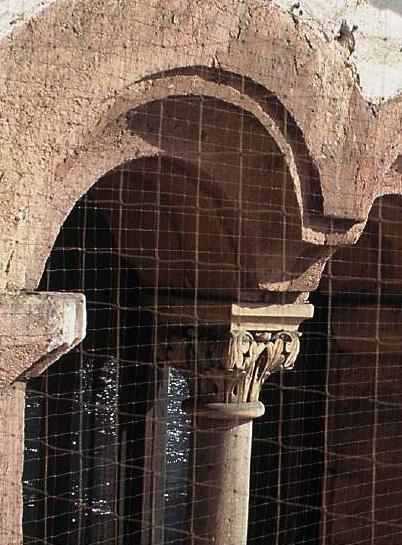 Around 1200, an 18-metre-tall, three-storey residential tower was built in the east of the Saalhof in the Staufer building as a two-storey living area with a room similar to a hall on the upper floor facing the Main.
During the reign of the Staufer king Philipp von Schwaben, a chapel was built from 1200 on the eastern side of the tower. In the basement, visitors can admire the original floor covering from the Staufer period. River pebbles were added in some places to recreate the original impression. Even the narrow, inconsistent windows that appear to have been designed by hand and the plaster in the window frames have been kept in the original.

During the Staufer period, the basement could only be accessed from above through a hatch. For this reason, it is suspected that valuable items – perhaps even the imperial insignia themselves – were kept here. This is represented by a presentation of crowns, orbs and sabres – replicas of the original coronation insignia from the early 20th century.   At the same time, this points out the importance of Staufer rulers for Frankfurt as a place of election and coronation. The Staufer stayed in the Saalhof when they came to Frankfurt.